We spoke with Dr. Marc Olefs, Head of the Climate Research Department in the fields of data, methods and models at the ZAMG – Zentralanstalt für Meteorologie und Geodynamik, about the relationship between architecture, the weather and the climate and the possibilities that we have for modelling the climate of tomorrow. The interview was carried out by Editor-in-Chief Wolfgang Fiel.

Wolfgang Fiel: Dr. Olefs, I'd like to discuss a subject with you that has long played a role at Delugan Meissl Associated Architects, namely, the relationship between architecture and nature. What is the role of the climate – both directly, with regards to architecture, and also in the wider context of our human existence and our quality of life? Who are the actors in this area? And how must we adapt our behaviour in order to at least partly address the ongoing changes? And, in this context, perhaps you can briefly tell me how the ZAMG defines itself as an institution, which questions it addresses and what are the focuses of its work?

Marc Olefs: The Zentralanstalt für Meteorologie und Geodynamik, ZAMG for short, is the world’s oldest weather service. We were established in 1851 and are based on the Hohe Warte in Vienna. There are also four regional facilities in Innsbruck, Salzburg, Graz and Klagenfurt. The ZAMG is the national meteorological and geophysical service. This means that we deal with not only the weather and the climate but also with geophysics, as exemplified by the issue of earthquakes and the related processes.
Our main roles are, on the one hand, to forecast the weather and warn the population in good time about the impact of approaching weather events and, on the other hand, to record, describe and classify current climatic conditions. We also analyse the effects of climate change in a range of sectors and offer the wider public user-related information about the impact of continuing our current behaviour compared with taking more-or-less strict regional or global climate protection measures.
In the case of the climate, we also take sequences of measurements that are as long and as high-quality as possible in order to be able to record the true impact of atmospheric events. So-called climate models break these developments down into – and extrapolate their future effects upon – individual sectors, such as tourism, energy or nature.

WF: Do building and the use of buildings also flow into such scenarios?

MO: We've known for a long time that urban areas as such are becoming warmer because they contain more hard surfaces, which absorb more solar radiation during the day that is only released more slowly during the night. Special high-resolution models enable us to study the impact of, for example, the development of urban spaces. We can input individual alterations into these scenarios, such as changes in the landscape design or painting things white: This enables us to ask, how does this impact upon the space?

WF: Can you briefly explain to us which types of data you can turn to in order to perform these calculations?

MO: In the case of urban spaces we work with ultra-high resolution airborne laser scans, where small-scale effects such as shade or the channelling of wind fields through gaps between buildings can interact with one another. We are already able to achieve resolutions below the one metre range, as a result of which small-scale scenarios such as sunlit streets surrounded by high buildings vs. shaded side streets can really be broken down so that we can relatively realistically model the effects of local energy production. Of course the resolution of satellite data is also constantly increasing but we are still significantly below where we want to be. Drones also now permit us to record meteorological effects in tiny areas and to see how temperatures and humidity levels change in line with other parameters. Taken together with the other data, this opens up completely new possibilities.

WF: On the basis of both the investigation of existing urban situations and the data that is generated, would it be possible to influence the design process of architecture, so that architects can assess the consequences of their decisions upon, for example, the microclimate in advance?

MO: This is already happening in some cities. It's not enough to do this at the level of an individual block but, rather, one has to include the entire urban planning process. Some cities also already have urban climatologists, who apply their expert meteorological knowledge to the building process. But I believe that much more can be done in this direction. It just needs more drive. 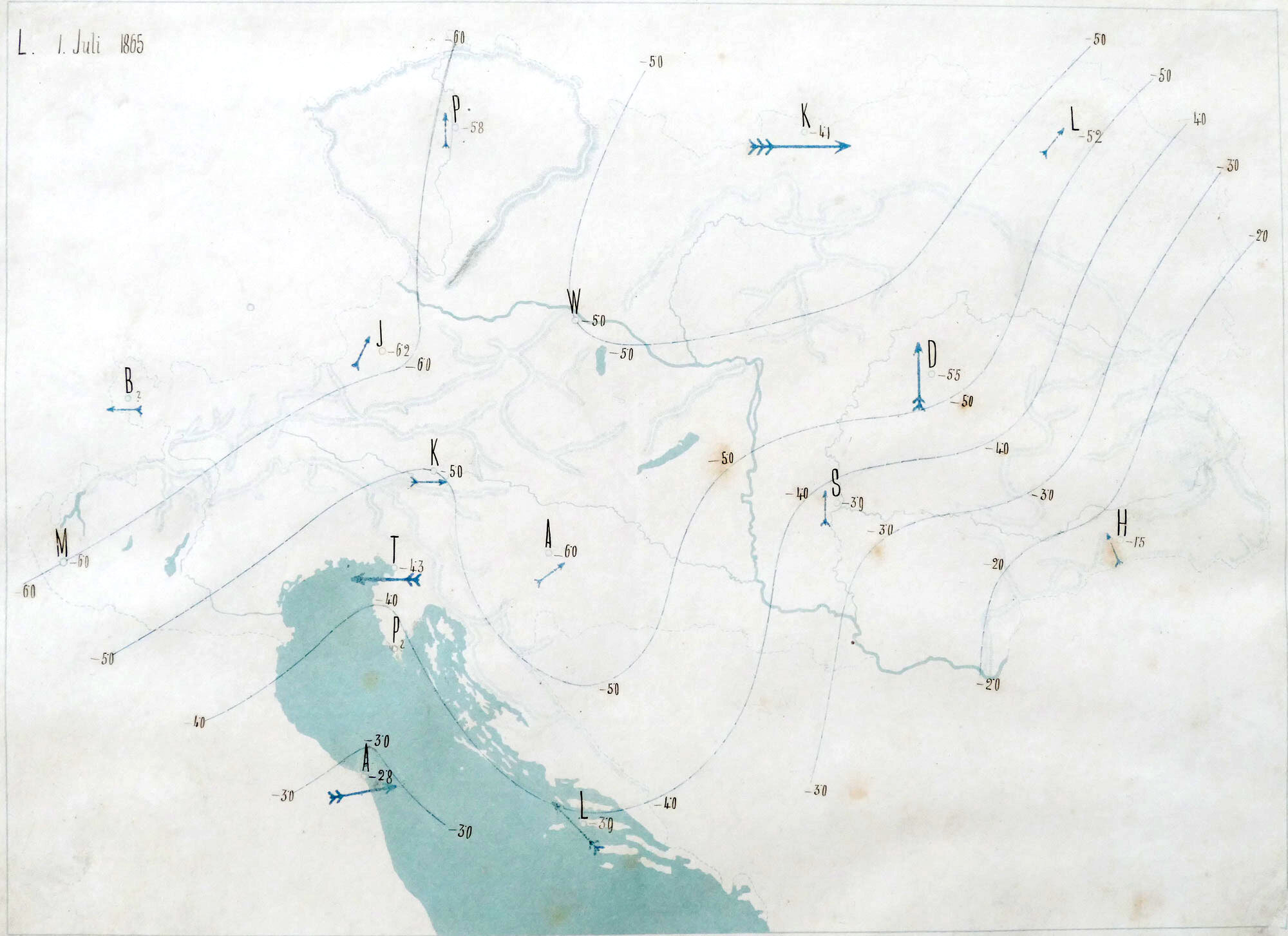 The first weather map from the ZAMG, dated 1st July 1865: (Part 2) The lines on the lower map connect together areas with the same deviation in the air pressure from the normal value. The arrows show the wind direction while their length and the number of feathers show the strength of the wind. Source: Photo from the ZAMG Archive 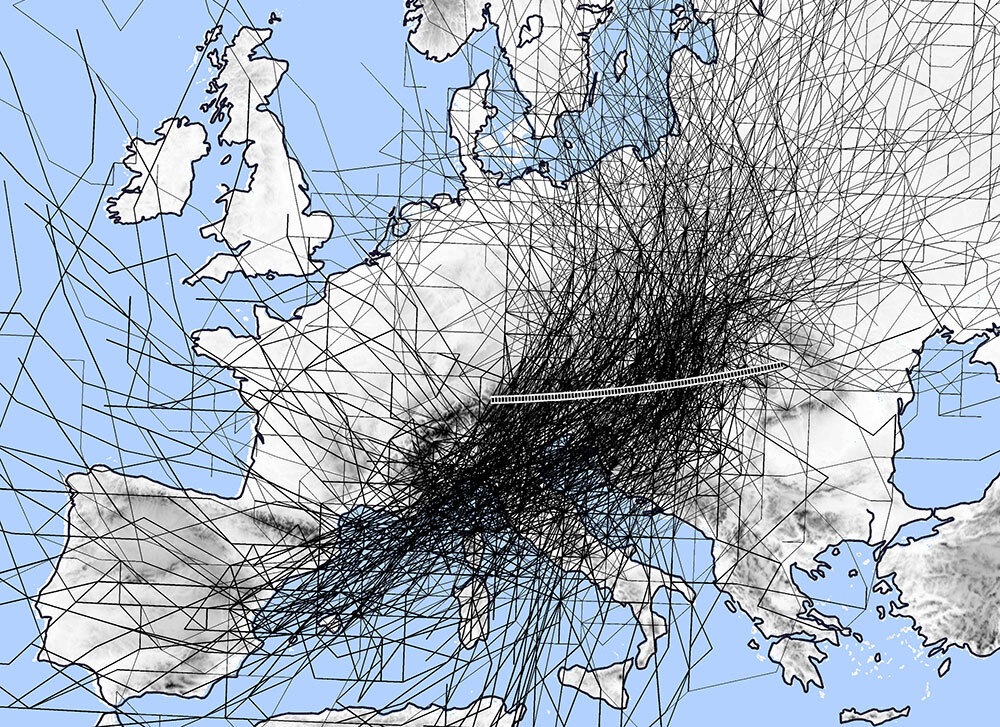 WF: It's also questionable whether future architects are already being adequately prepared to address these issues at university. As far as I can say for Austria, the subjects of climate and weather don’t yet play a major role.

MO: As I said, some progress has already been made, but not yet, unfortunately, at the academic level. The next step would be to implement the same measures there so that the subject can grow, as it were, from the bottom up. I also think that it's essential that future architects are not only aware about concrete design-related climatology, but also understand the global context! Because it's important that one has heard all the relevant basic information at least once. Even if we were able to reduce all climate-relevant CO2 emissions to zero overnight, it would still take 200 years for the concentration of CO2 in the atmosphere to fall to just ten per cent below today’s level. These issues are incredibly complex, which is why it's important for architects and urban planners to understand how their own actions can be seen in a wider context, so that they can really be regarded as climate relevant.

WF: The ZAMG is also anchored in a global network of similar institutions. How does this cooperation work?

MO: The meteorological and climatological mother ship is the WMO (World Meteorological Organization, (editor's note.) which is based in Geneva, coordinates all national meteorological centres and draws up strategies and guidelines. Within the organisation there are various specialist areas and committees, which define the key points at a national level for things such as the Paris Climate Agreement.

WF: This means that the WMO is, as it were, the driver that can define targets for politicians?

MO: We can do nothing in the sense of regulation. We present the scientific facts and draw up so-called “What if…” scenarios. And we have to do this diplomatically. 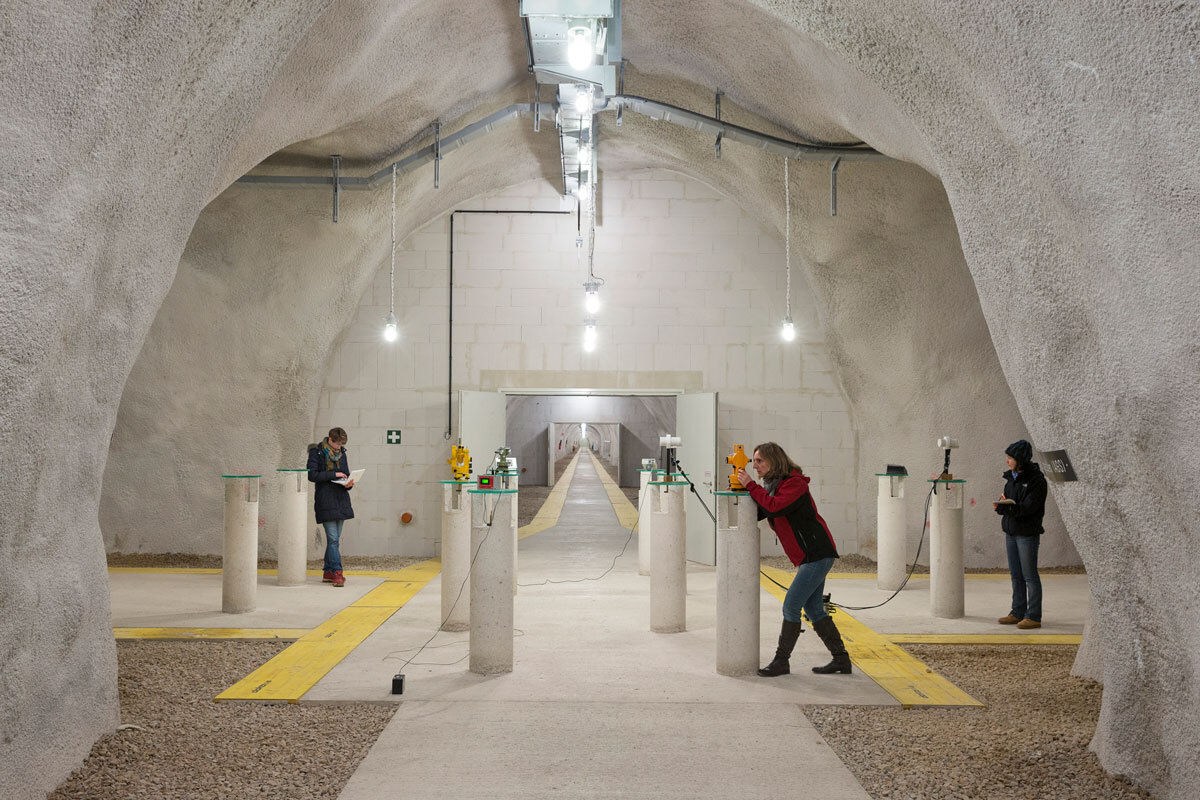 Measurement of the Earth's magnetic field at the Conrad Observatory (Lower Austria). The ZAMG observatory is one of the world's most state-of-the-art geophysical observatories. Source ZAMG/Lammerhuber

WF: Would you say that Austria is in any sense a model in terms of its actions in the area of climate change? Or are there things that we could do much faster and much better?

MO: It's clear that we should be doing a lot more. If we want to meet the goals of the Paris Climate Agreement, we must immediately reduce annual emissions by six per cent, every year. But this isn't happening, even if the issue is more strongly anchored than ever in the government's programme. We can use this momentum in order to increase the pressure on politicians. But we also have to persuade the entire EU to face up to its responsibilities: If we take the lead then the others will follow.

WF: What can each of us do individually to stop climate change – keyword Fridays for Future? Can you also support that as an organisation or do you have different objectives?

MO: It's clear that the issue of raising awareness is a key part of our role as the national weather service. We try to use a range of formats, such as lectures and press releases, in order to reach as many generations as possible.

WF: I've seen that you also employ a method from the Anglo-Saxon world, namely Citizen Science. How do you do this in concrete terms?

MO: This isn't suitable for every category of meteorological measurement, due to the issue of data quality. One concrete example that we very successfully use is phenology, the short and long-term observation of the flowering stage of a range of plants. People can share information about this via an app. Another subject is damage: Whenever the fire brigade has to go into action or a tree falls onto a road, we're interested to know if there's a meteorological cause. Social media enable us to gather important information, which isn't currently so easy to gather using other methods. In terms of the density and quality of information there's still lots of potential for better measuring and classifying such widespread phenomena, which I can't simply record by flying over with a satellite. 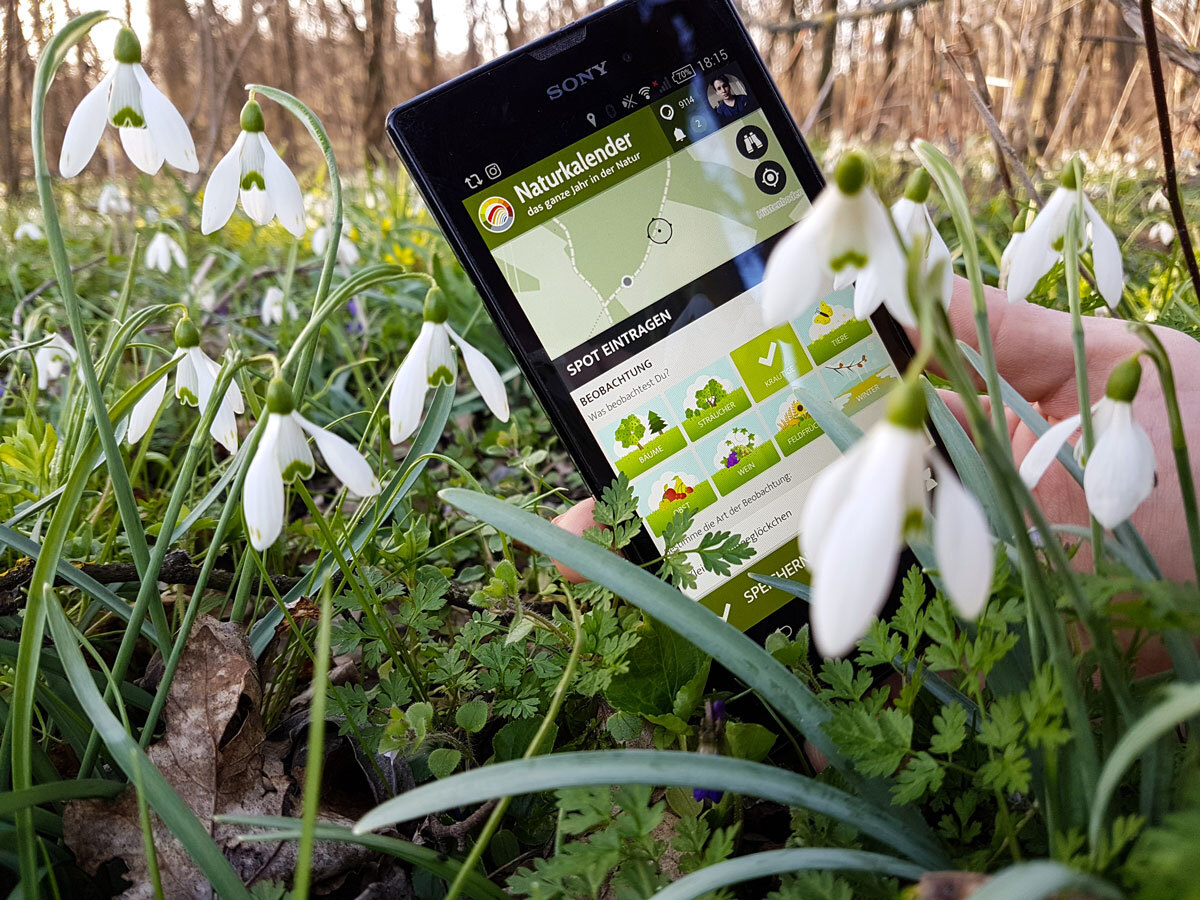 WF: How will the climate situation develop in the next few years? Do we have grounds for hope or is it already five past midnight?

MO: It's never too late. The worst thing that can happen is that we reach some sort of tipping point in the climate system, which triggers events that can't be reversed on a human timescale, but there are relatively high levels of uncertainty about what this could mean. At the end of the day, the key question in this area is how quickly we're able to adapt to change. After all, the climate has always been changing, albeit not so fast as the climate change that is being caused at the moment by human activity. The Earth won't come to an end, but we won't be able to adapt as quickly as before. That’s why we should do everything we can to keep the temperature and the resulting damage at an acceptable level, so that future generations will also be able to enjoy a planet with the same quality of life. The likelihood of this is extremely hard to predict, because political and economic interests are also involved. But I'm an optimist: Our aim must be to come as close to the Paris climate targets as possible.

WF: A final question: Is the city the problem or the solution? Would a retreat to the countryside be an alternative, in order to positively influence the climate?

MO: That's hard to answer. But it surely can't be our objective to cram together as many people in as small a space as possible. The perfect way of greening the city would be to create meadows scattered with fruit trees: Just planting one tree next to another doesn't solve anything because this merely means that we have more heat in the night, whereas less dense planting is ideal. And I could imagine the surrounding built structure in the same way, some sort of halfway solution would certainly be optimal. But so many factors are involved – just think of mobility – that there is no single conclusive answer to the question.

WF: This means that we'll have to wait even longer for the climate-friendly city?

MO: The models may tell us what would be ideal, but the challenge is always posed by other limiting factors, which are also central to the subject. However, the question of the climate-friendly city of the future – of how cities should generally look in order to optimise their climatic impact – will continue to gain in importance. 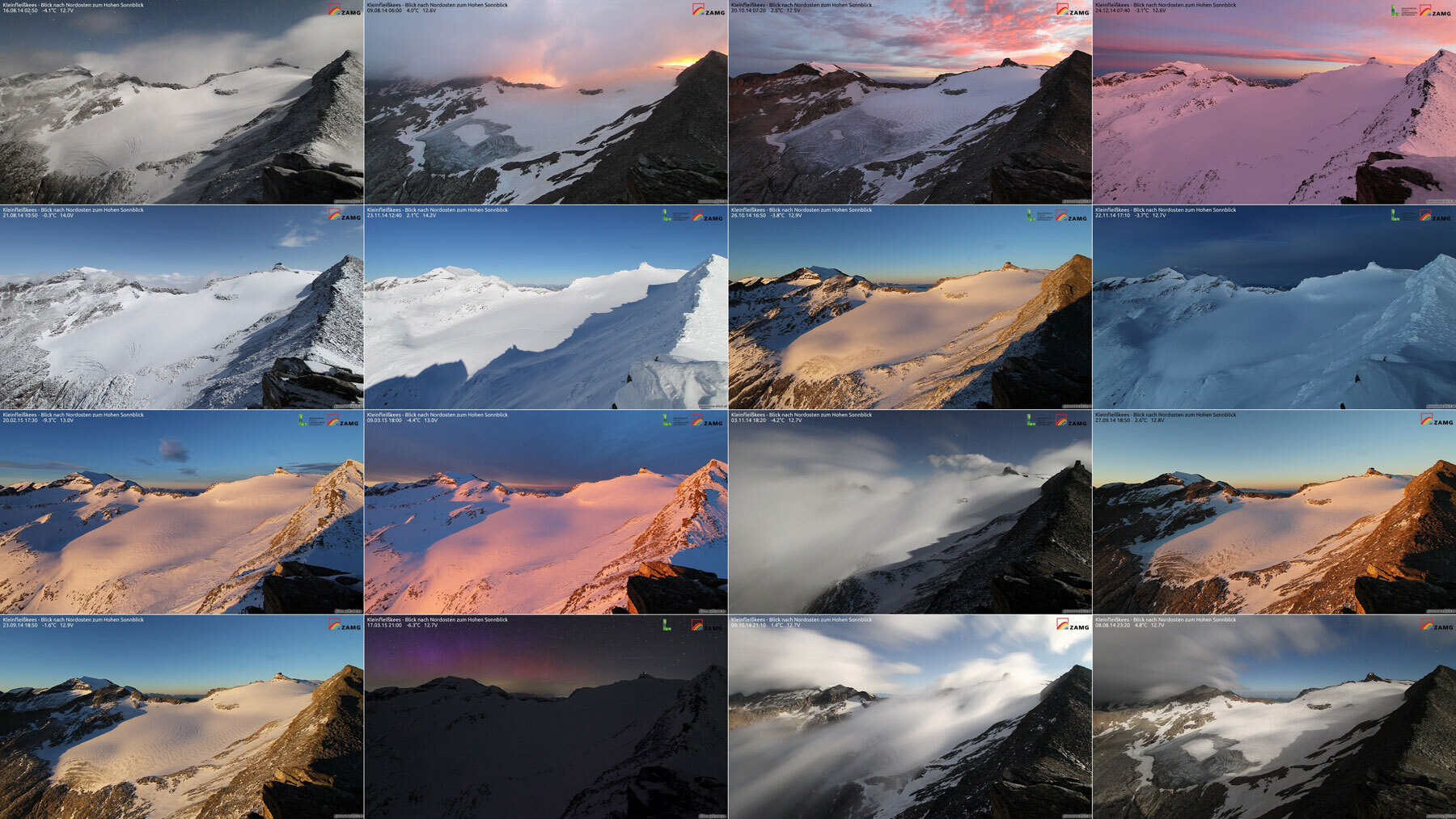 Glacier balance, spring 2015: “Best of” from the automatic camera on the Kleinfleißkees. Source ZAMG 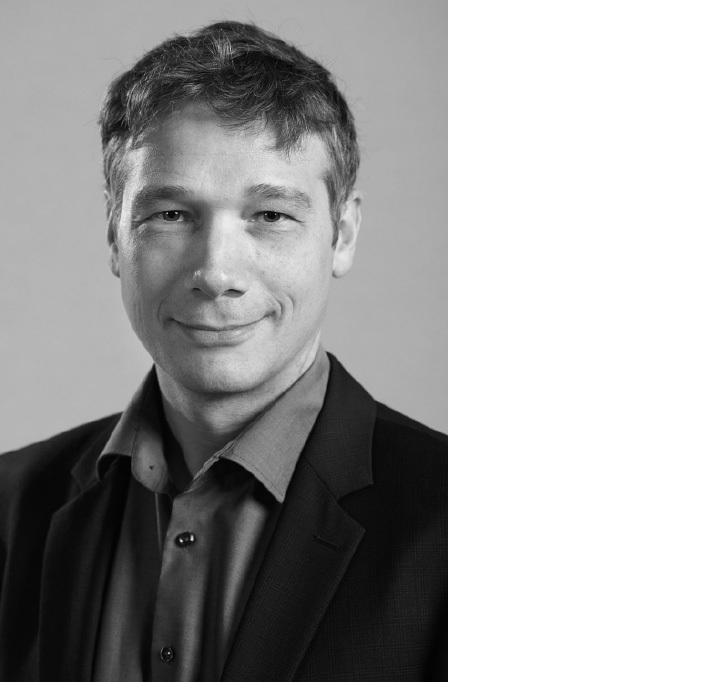 Research focuses: Mountain climatology and meteorology, the measurement and modelling of radiation and snow cover in the Alps, climatic warming in the Alps and globally, the associated raising of public awareness.