Evalie Wagner creates interventions with and in nature under the slogan “Avantgardening”. In this article, the Austrian artist, whose space-defining works can be seen as visual metaphors that primarily investigate social and contemporary questions, takes a closer look at the currently flourishing Instagram trends surrounding hashtags such as #HouseplantCommunity and #UrbanJungles and at the cultural-historical origins of this phenomenon. The virtual playground of this guest article disguised as an interview was a Google Doc, while its driving force was the raging #PlantFever.

Matthias K. Heschl: Your works emerge at the interface between botany, architecture and history. What roles are played by cultural-historical references and by the aesthetic of plants in these conceptual spatial arrangements?

Evalie Wagner: There's always been a place for plants in art. Over the centuries, botany has been used as a metaphorical means of investigating impressions, cultural influences and social and aesthetic questions. The history of art contains numerous examples of this. From the murals of Pompeii to the baroque bouquets of the Flemish masters, which essentially presented the latest varieties or imports from the colonies. Even architecture was shaped by plants. The hype surrounding the orangeries and palm houses of the 18th and 19th centuries continues to shape the appearance of some buildings. For purposes of representation, plants were transported over the Alps in huge numbers and cultivated in elegant winter gardens. The ways in which gardens and parks were laid out and viewed tells us much about the politics and the philosophy of any age. Humanism influenced the garden architecture of the Renaissance, was moulded in the baroque and led to the convoluted visual axes of the English landscape garden, which better reflected the spirit of Empfindsamkeit (the artistic epoch commonly referred to in English as Sentimentalism). Moreover, we could fill books showing how we plant our front gardens, living rooms, graves and roundabouts. In my work, I reflect upon this complex relationship between people, aesthetics and nature. I would like to express this with a sentence from the landscape architect and painter Roberto Burle Marx: “A garden is a complex of aesthetic and plastic intentions; and the plant is, to a landscape artist, not only a plant – rare, unusual, ordinary or doomed to disappearance – but it is also a colour, a shape, a volume or an arabesque in itself.” 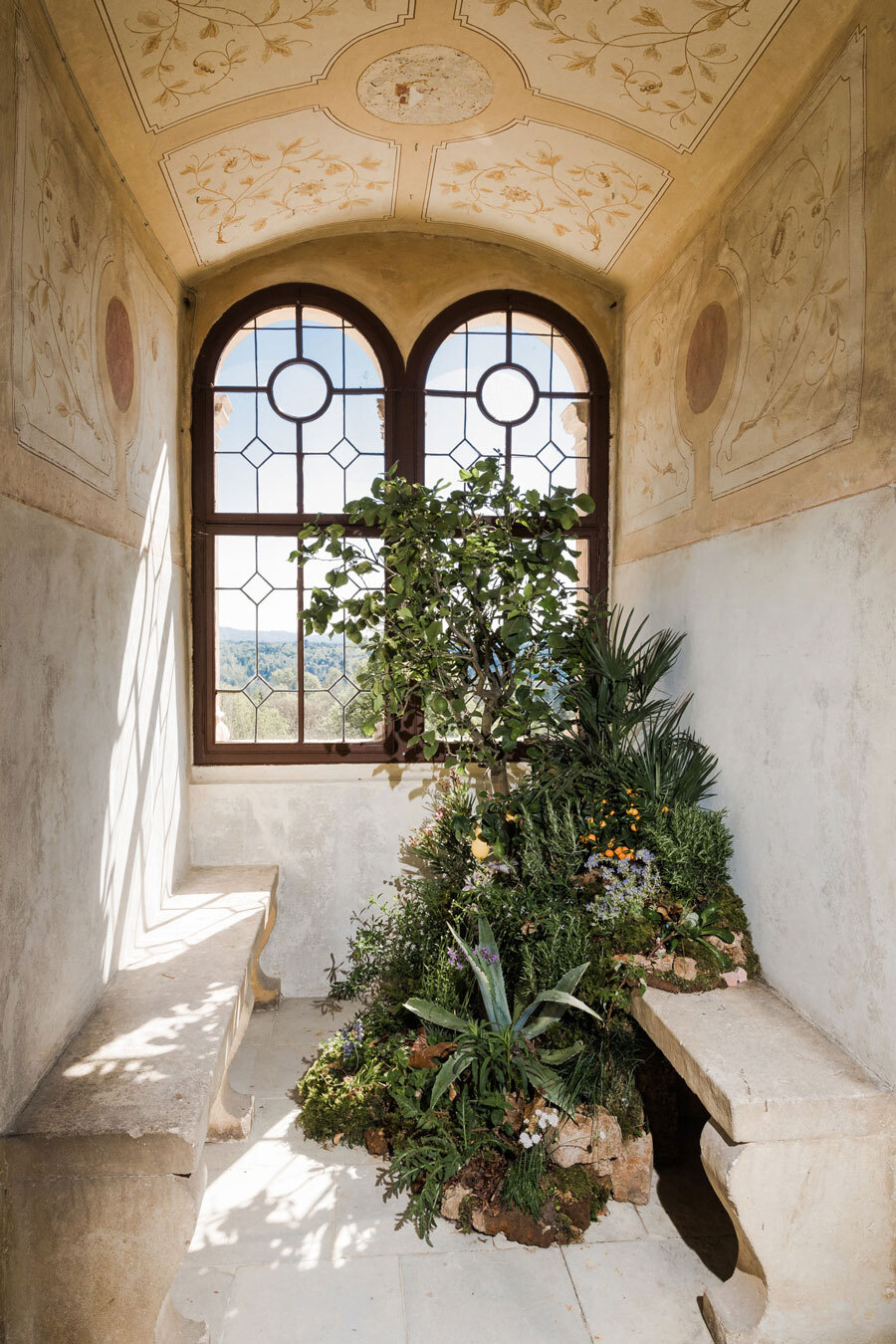 MKH: You create individual and downright poetic assemblies of plants that are adapted to each spatial setting. To what extent does the existing space determine the selection and composition of the elements that you use? How can mundane design elements such as petals, leaves, mulch and branches be combined to create such an iconic image?

EW: Every space consists of facts and possibilities. I seek to create visible or invisible relationships between the space and my work or lend it new meaning with the help of contentual or artistic metaphors. For example, the starting point for the exhibition in Schloss Hollenegg [> virtual tour], which was devoted to new design concepts, was an old watercolour painting of the courtyard, full of exuberant Mediterranean plants. This is a scenario that, thanks to climate change, would be quite possible here and now. Combined with Italo Calvino's insurgent novel The Baron in the Trees, this formed the basis for my installation, in particular with reference to the choice of elements. In this way, the narrative of the plants extended far beyond the borders of pure botany and told of dystopias and utopias in equal measure. They are iconic simply due to their impermanence, which eventually demands an image that remains.

MKH: The Instagram channels that surround us today also encourage a combination of the iconic and the impermanent. How do you see this current trend towards featuring plants? To what extent does this content demand an investigation that is as far-reaching as yours?

EW: This boom in greenery on the internet is many-faceted. On the one hand, it reflects our longing for nature and, on the other hand, it embodies a pleasure that is principally generated by outward appearances. A visual trend, reinforced by advertising and availability. Plants become a set design, the focus is on forms and colours and often rarely on ecological awareness. In the 1990s, two biologists coined the term “plant blindness”. In contrast with our awareness of animals, most people are aware of plants either indirectly or not at all – and if they are, only in the form of “bushes” or “flowers”. It is astonishing how few of the plants that surround us every day can be named by most people at our latitude. This is where the plant recognition and plant care apps that are currently flourishing and this collective exchange on a range of platforms come into play. It appears paradoxical, but it is the digital world that is helping us to get our bearings in an analogue one. 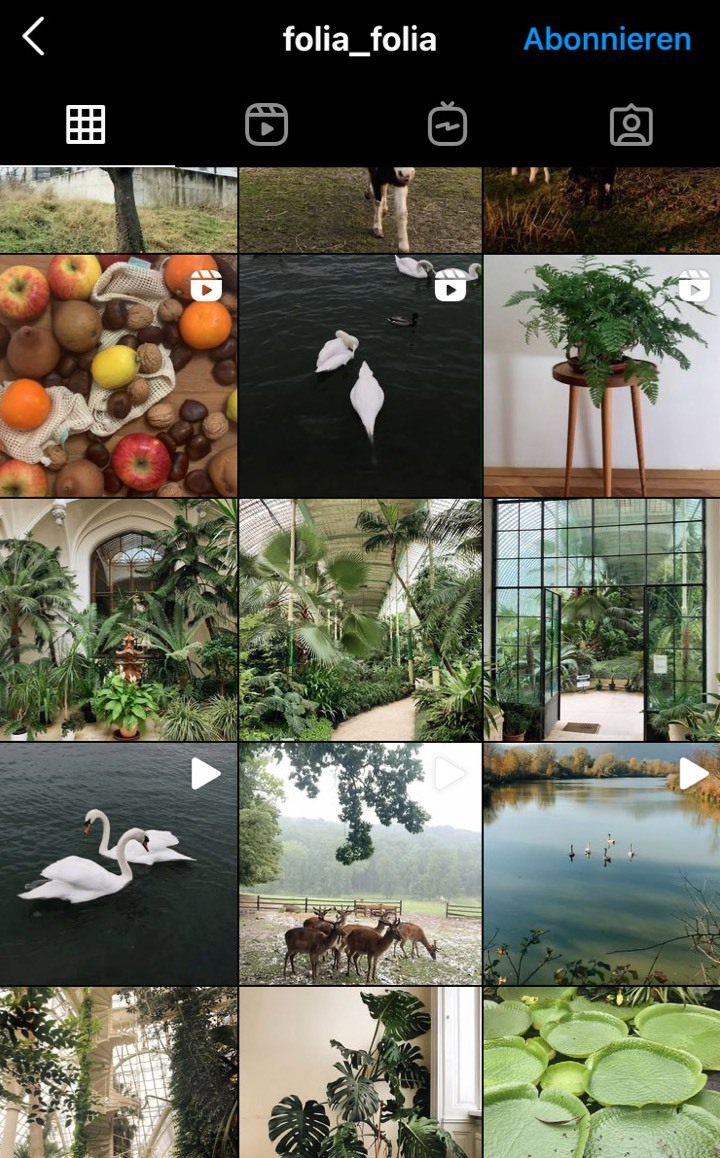 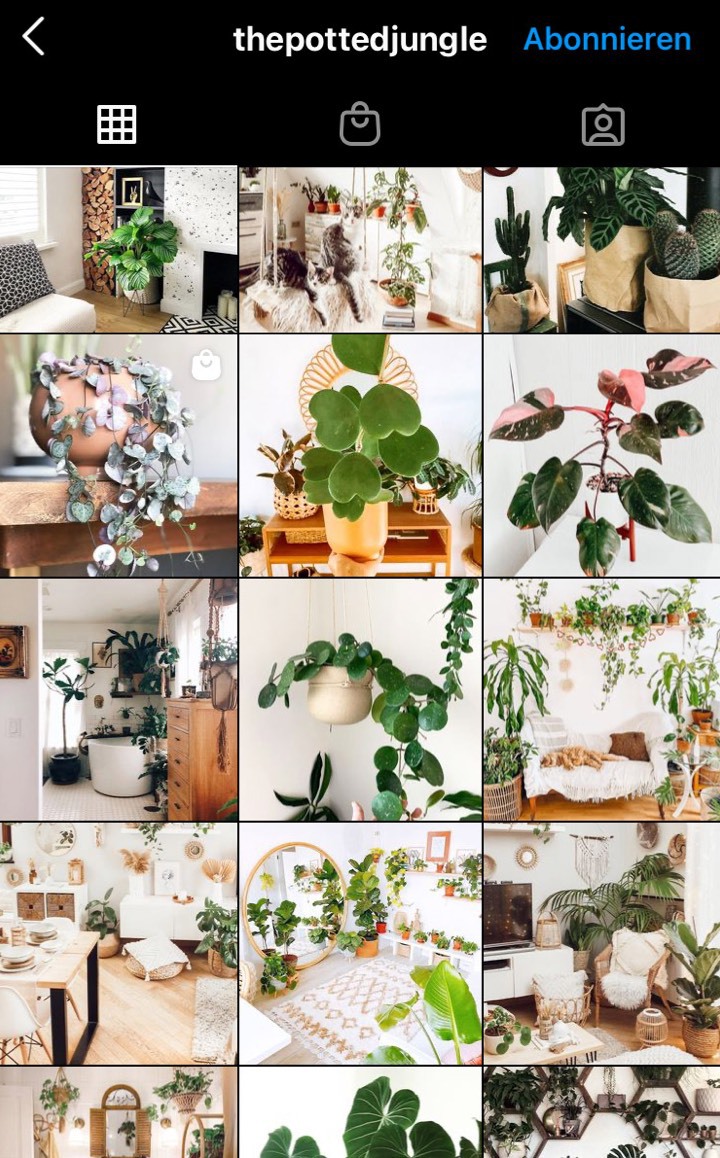 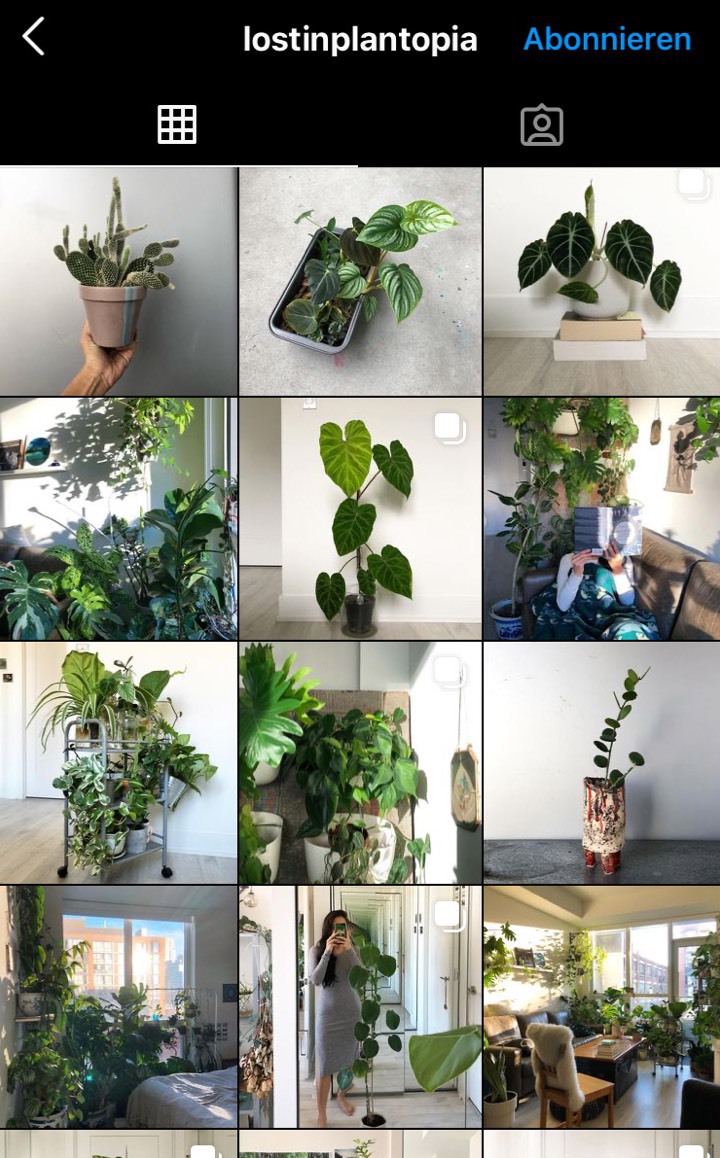 MKH: In the urban context this is all often interpreted as a return to a version of nature that never actually existed. Despite this, however, do you believe that this growth in (stylised) green content, set as it is against the background of the climate crisis, could lead to us paying more attention to the plants around us?

EW: While rural front gardens often struggle to retain their variety, urban greenery is booming. Rather than merely demonstrating a desire to be self-sufficient, the cultivation of both indoor and outdoor spaces principally offers potential for social identification. This often reflects a search for a supposedly lost authenticity that takes a wide range of forms – from bee-friendly balconies to costly examples of some special instagrammable species. Not, however, that this is always accompanied by ecological awareness. These are often imported goods that are produced economically with the help of a lot of chemicals and that can be bought cheaply in the garden centre or at much greater cost in a concept store. And yet everything that we experience when dealing with plants is elementary, they grow, thrive and die. It is this that makes them our allies. At the end of the day, every plant that we bring home represents an attempt to get closer to nature and it is not uncommon for this to lead to an increased awareness of the vegetation that surrounds us.

MKH: So where does this trend come from? And how is it changing?

EW: It's not really so new. Over the centuries, multitudes of researchers wandered around seeking to unlock the botanical secrets of the continents. The first potted plants arrived in Europe by ship, often from the colonies, and ended up, from the Biedermeier period onwards, inside our homes. Like paintings and books, plants were presented on flower stands in salons as symbols of prosperity. In England, this led to a form of “fern fever”. Huge examples were exhibited alongside palms on specially built jardinières. The progressively better heated living rooms of large late nineteenth-century villas with their huge windows offered more and more space for such flowering plants as clivia or begonias. Not until the Bauhaus, with its architecture of full-height windows and its elimination of the strict division between indoors and outdoors, was there an attempt to render indoor plants, which were perceived as conservative, obsolete. And yet the opposite happened, because these rooms offered even better growing conditions. Since then, each decade has had its fashionable plants and now we find ourselves in an omnipresent “plant fever” – where the invitation into the living room is virtual, millefleur has been replaced by monstera and #PlantBox is the new jardinière.

MKH: What, in turn, is the impact of all this on your work? Or, put another way: Do you benefit as an artist from this broader awareness of botanical subjects?

EW: The reception has changed somewhat. As a student I was laughed at for concerning myself with something as apparently insignificant as a flower, when there were so many more radical and political issues that one could address. The interface between art and nature was long the reserve of highly contemplative Land Art. I previously saw this as avant-garde, but now I consider it to be essential. The basic subject of the botanical installation is found in ephemera. In a world in which we produce more and more stuff, I believe that experimenting with a transient medium is radical, political and poetic, in equal measure. Of course the current phenomenon contributes to a sort of popularity and yet, as an artist, I'm continuously finding that I neither belong to, nor don't belong to, a #PlantCommunity but am, rather, alone in my own garden with my thoughts. 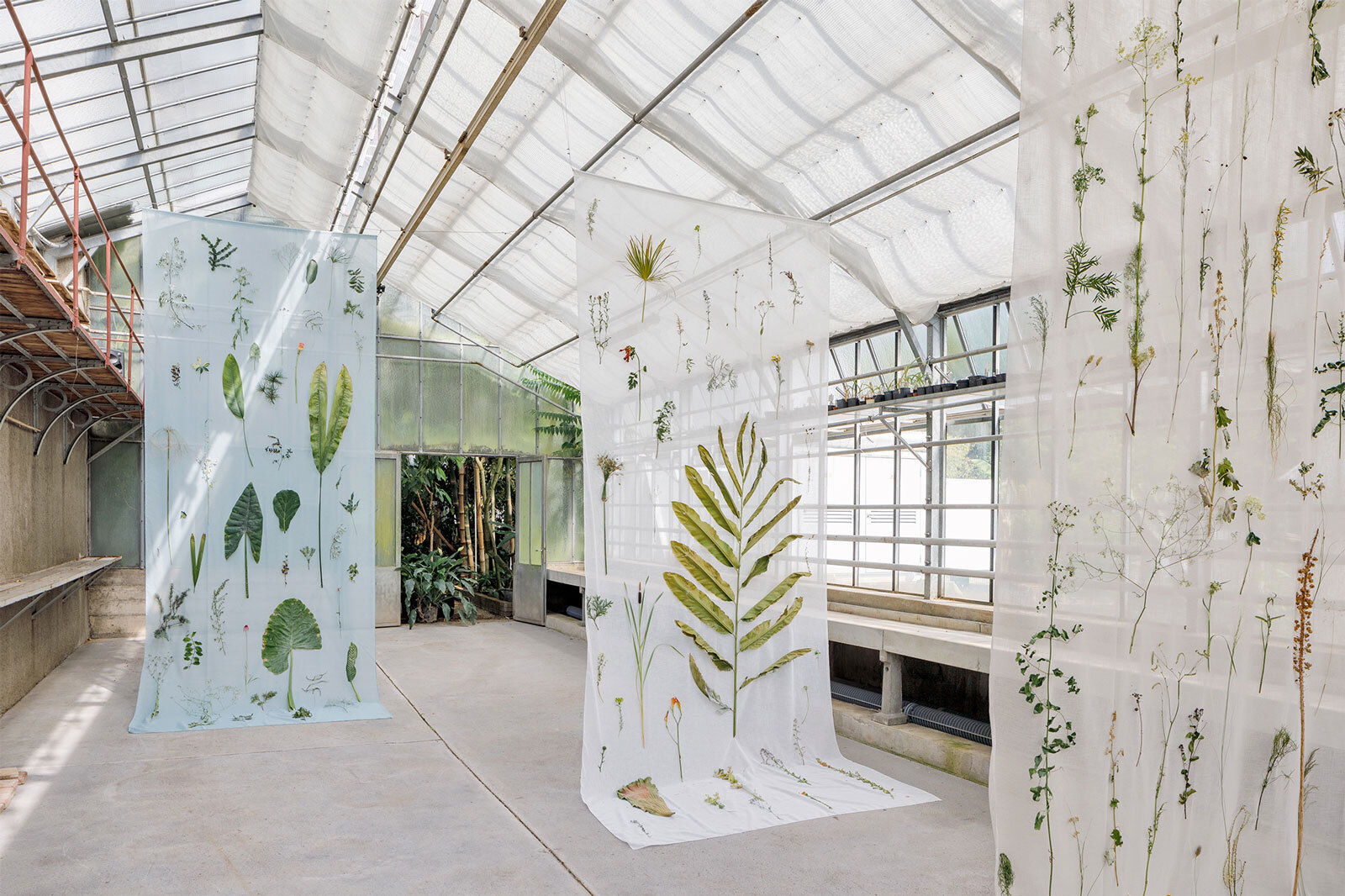 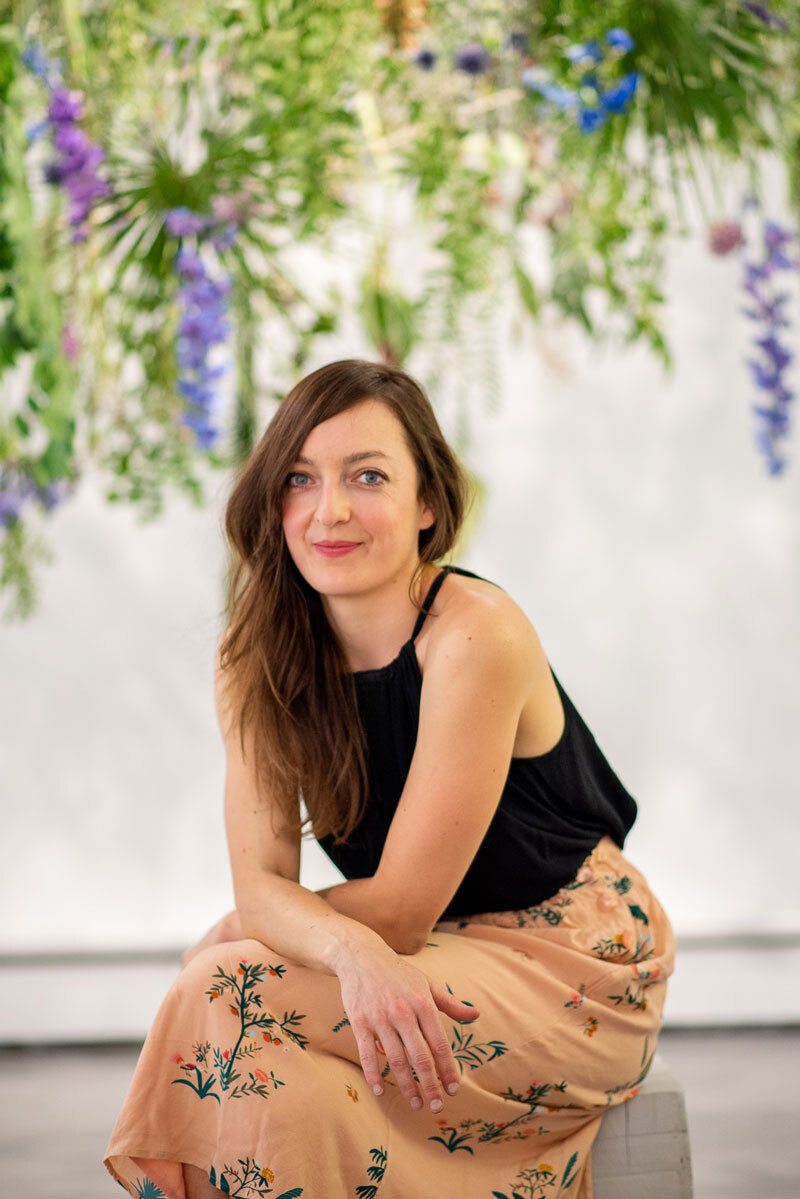 Avantgardening is the name given by the artist Evalie Wagner to her interventions with and in nature. Oscillating between poetics and concept, she creates space-defining works that can be seen as visual metaphors with broad historical and aesthetic connotations that investigate social and contemporary questions.